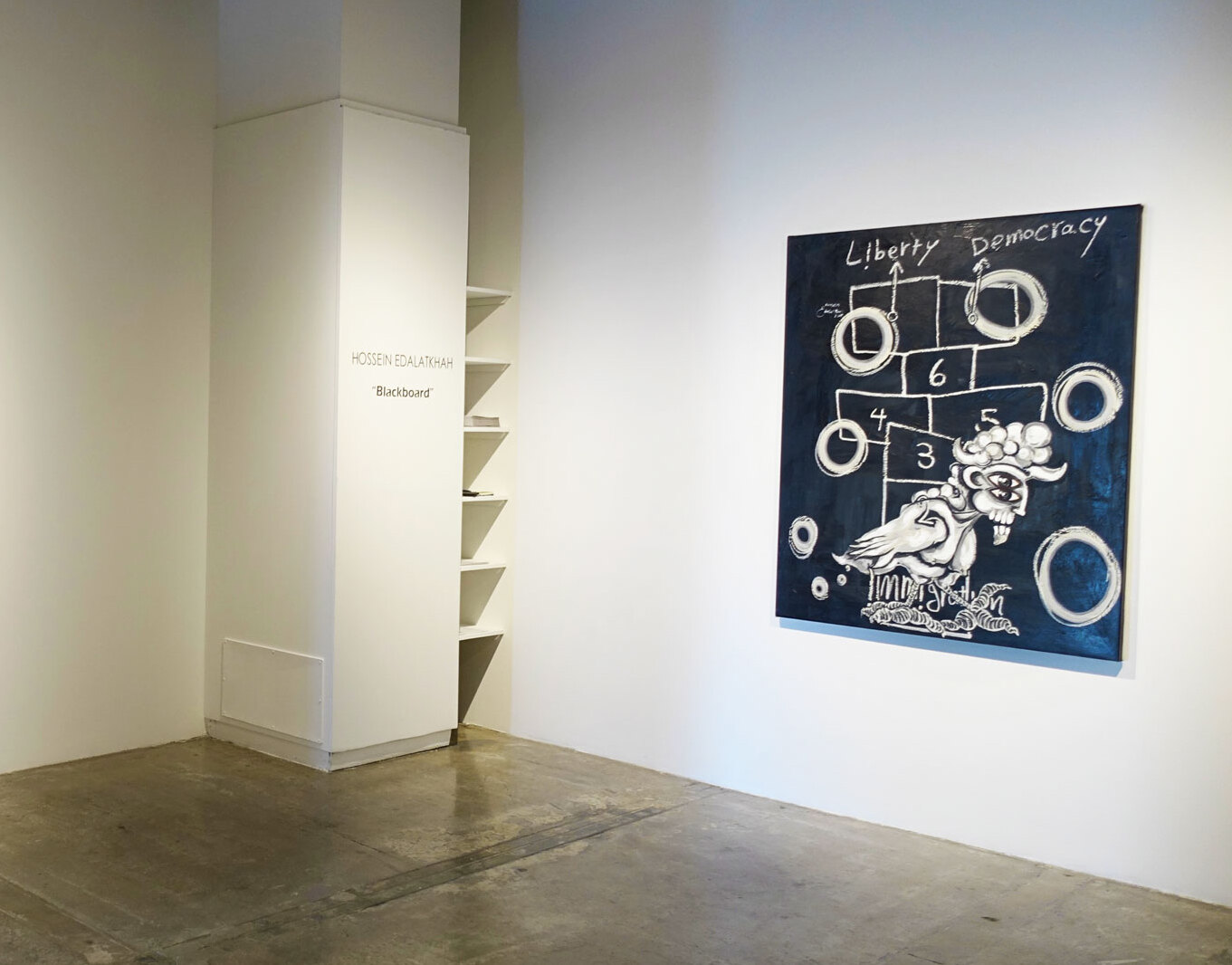 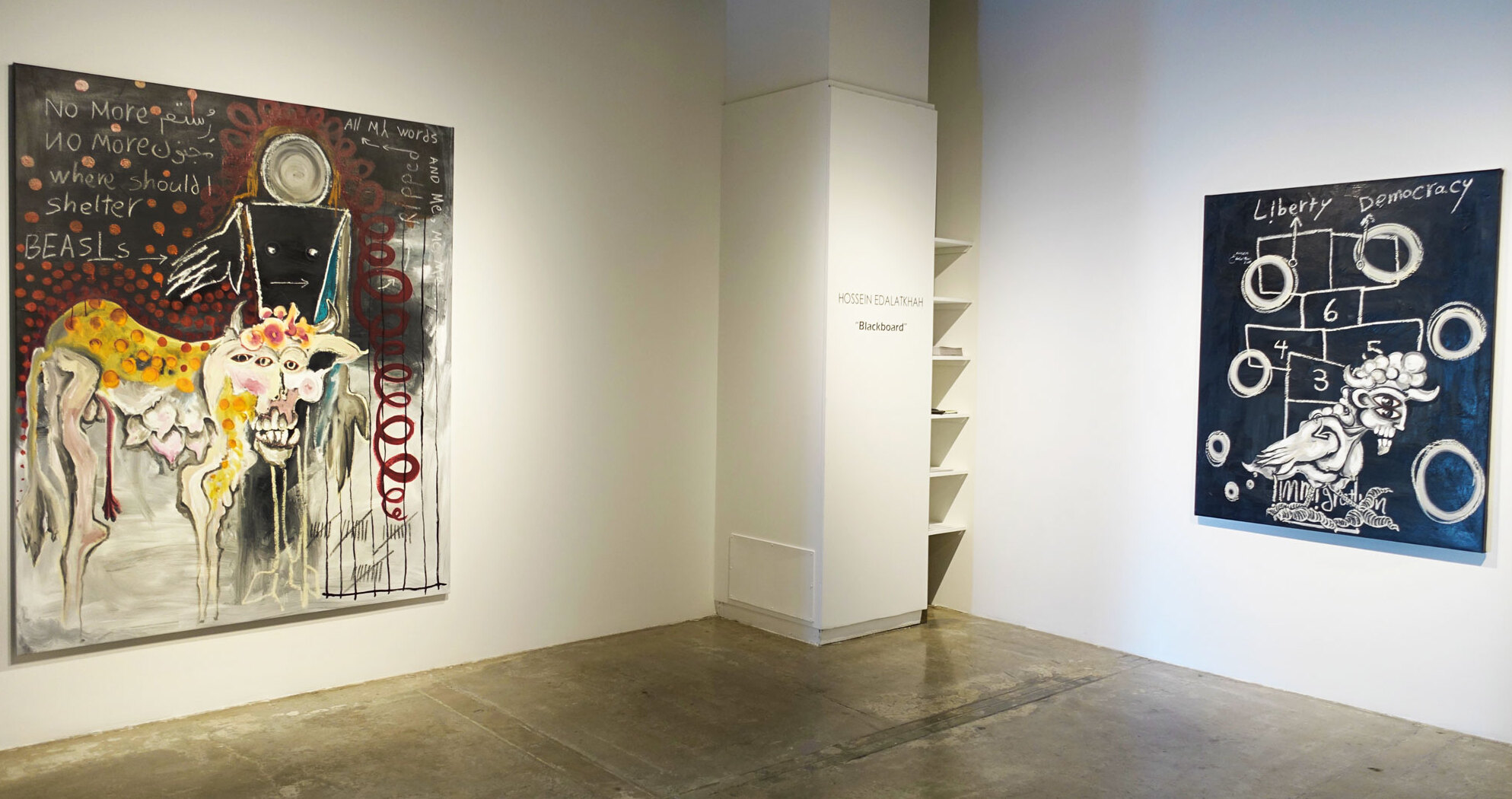 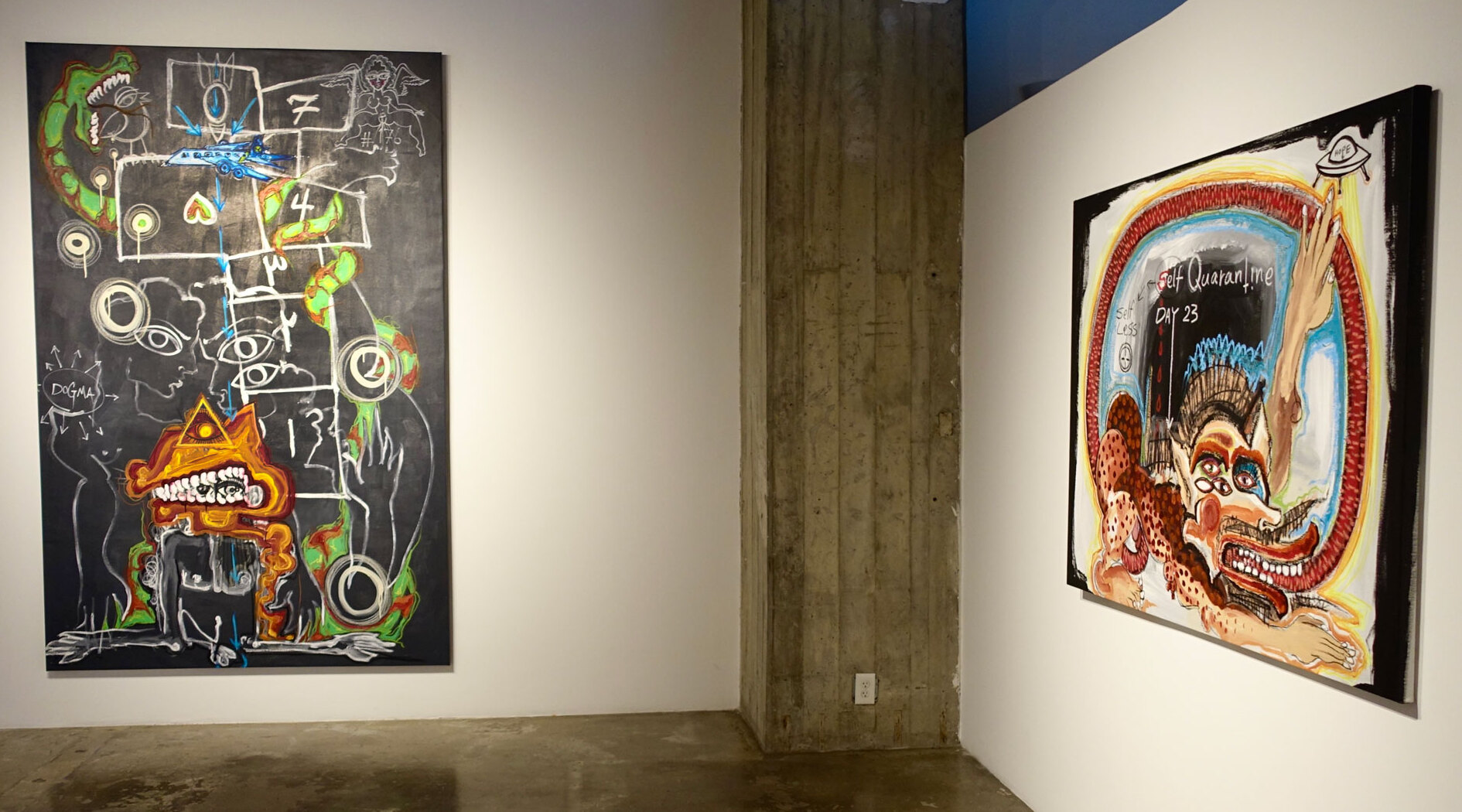 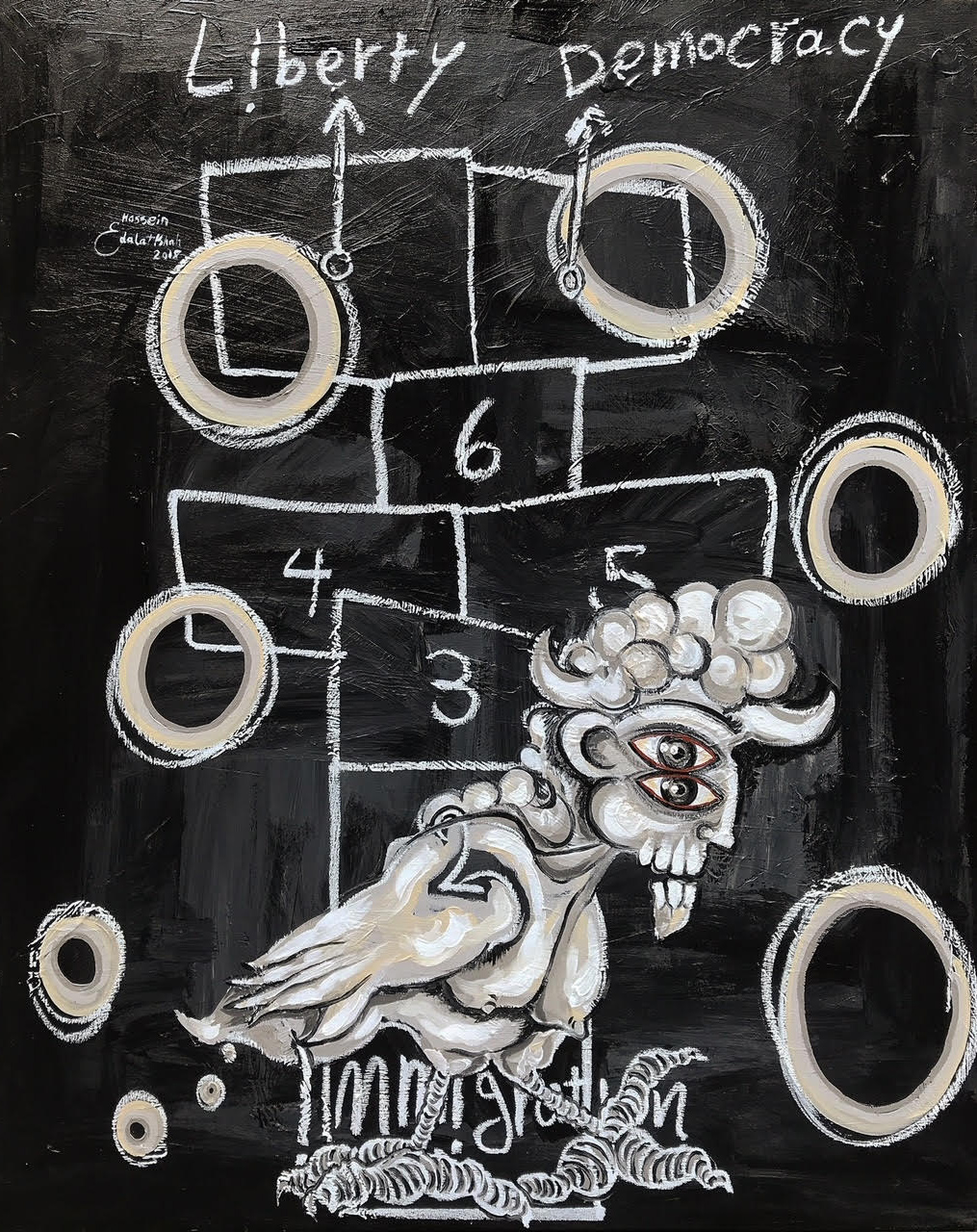 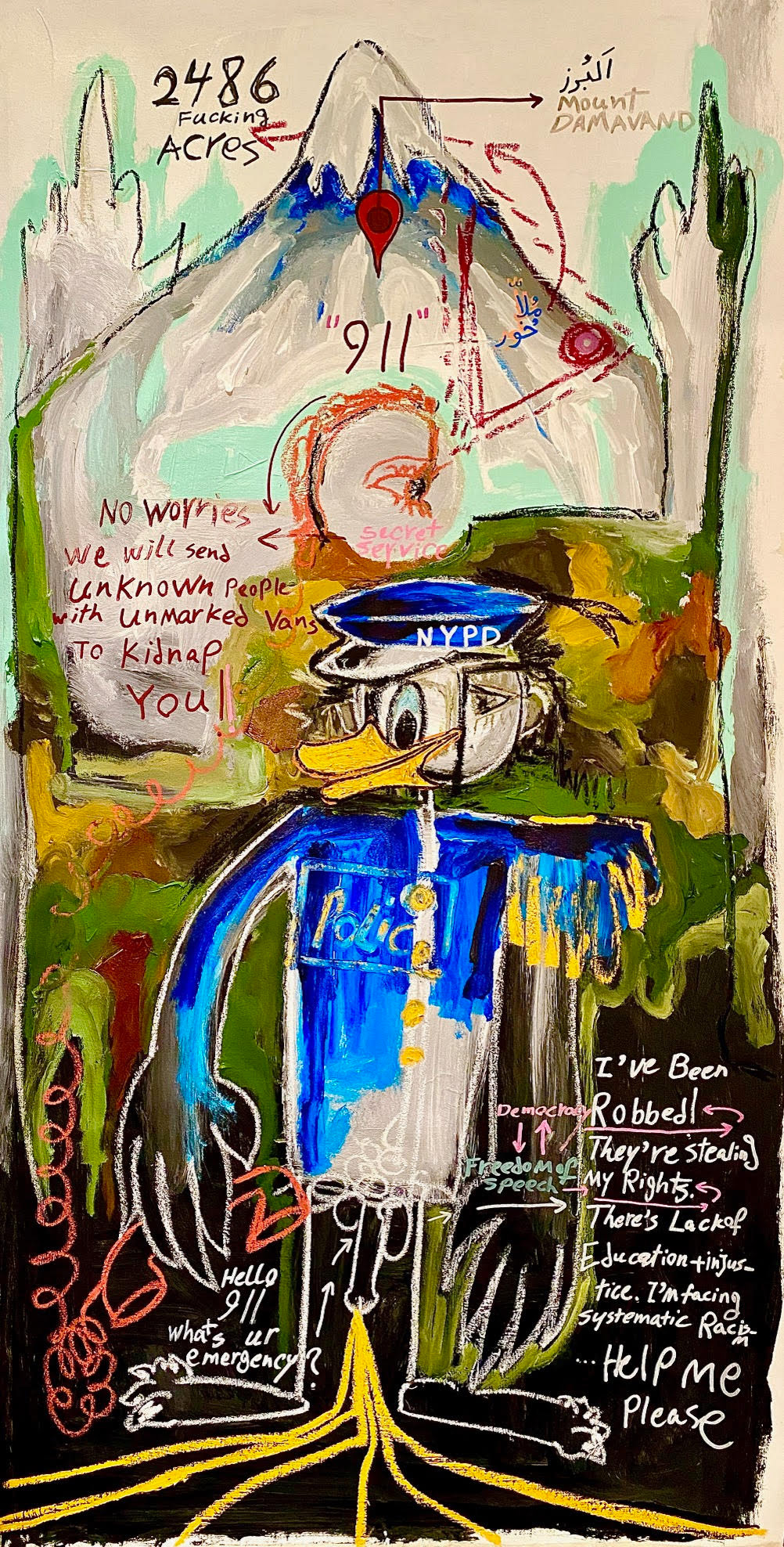 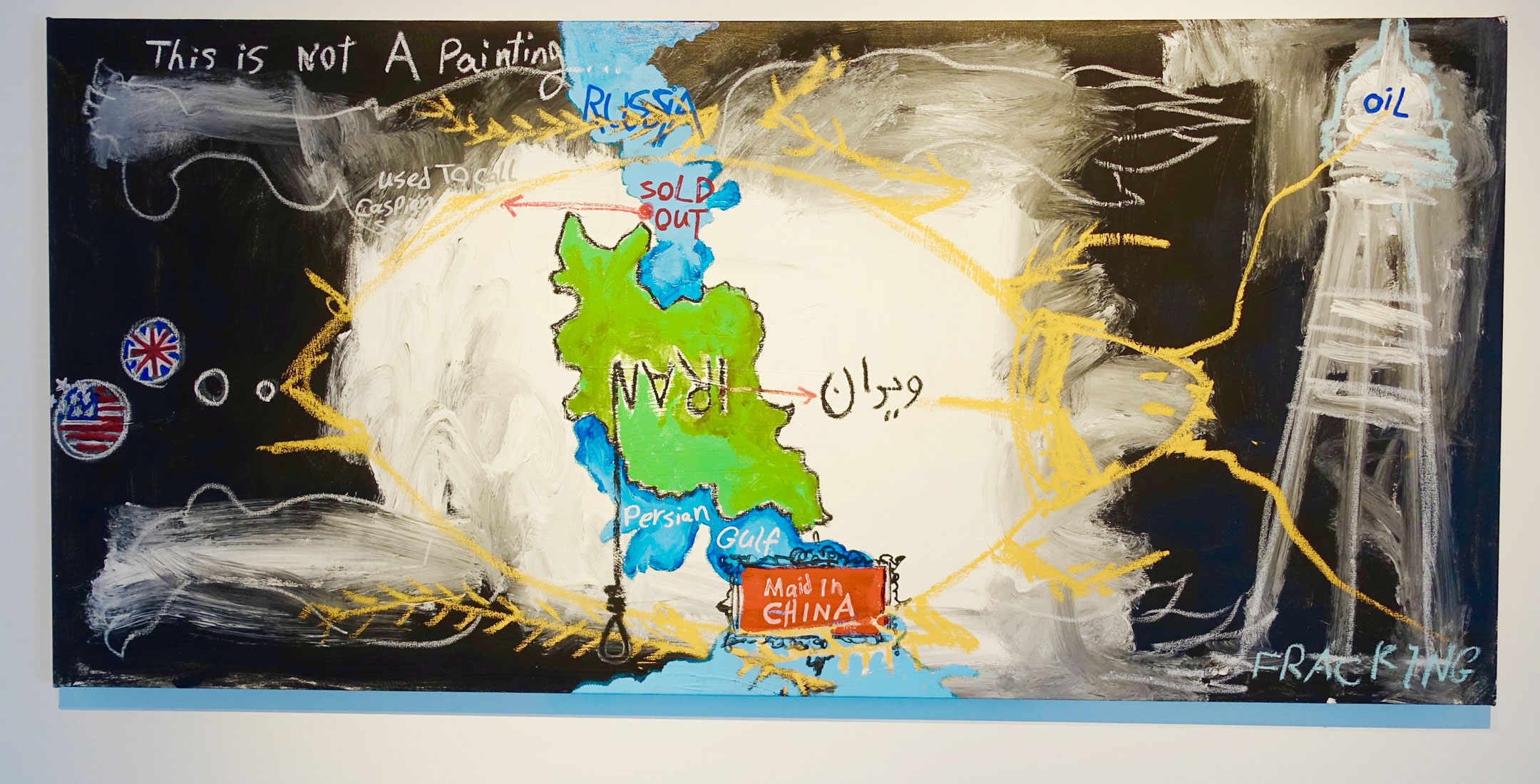 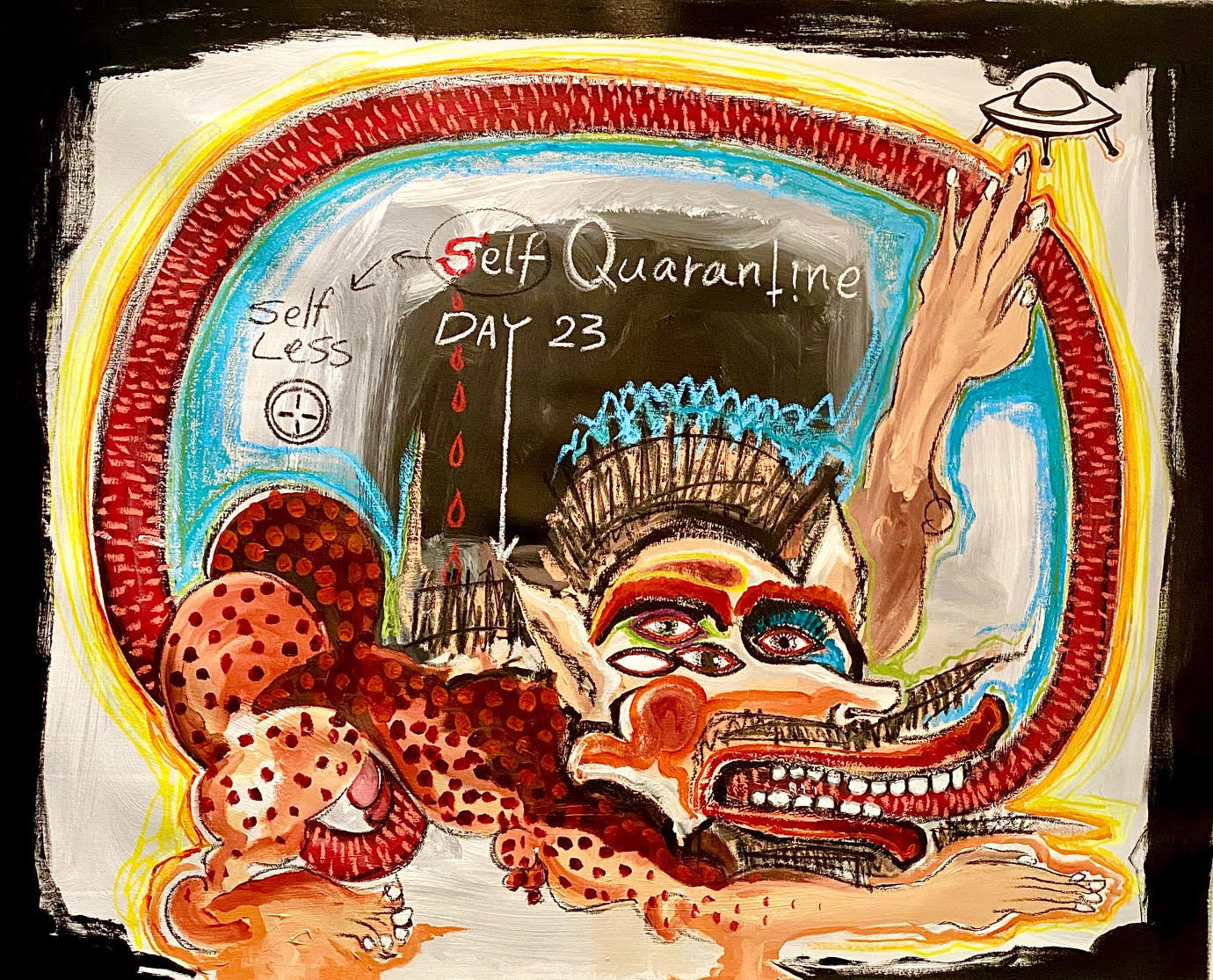 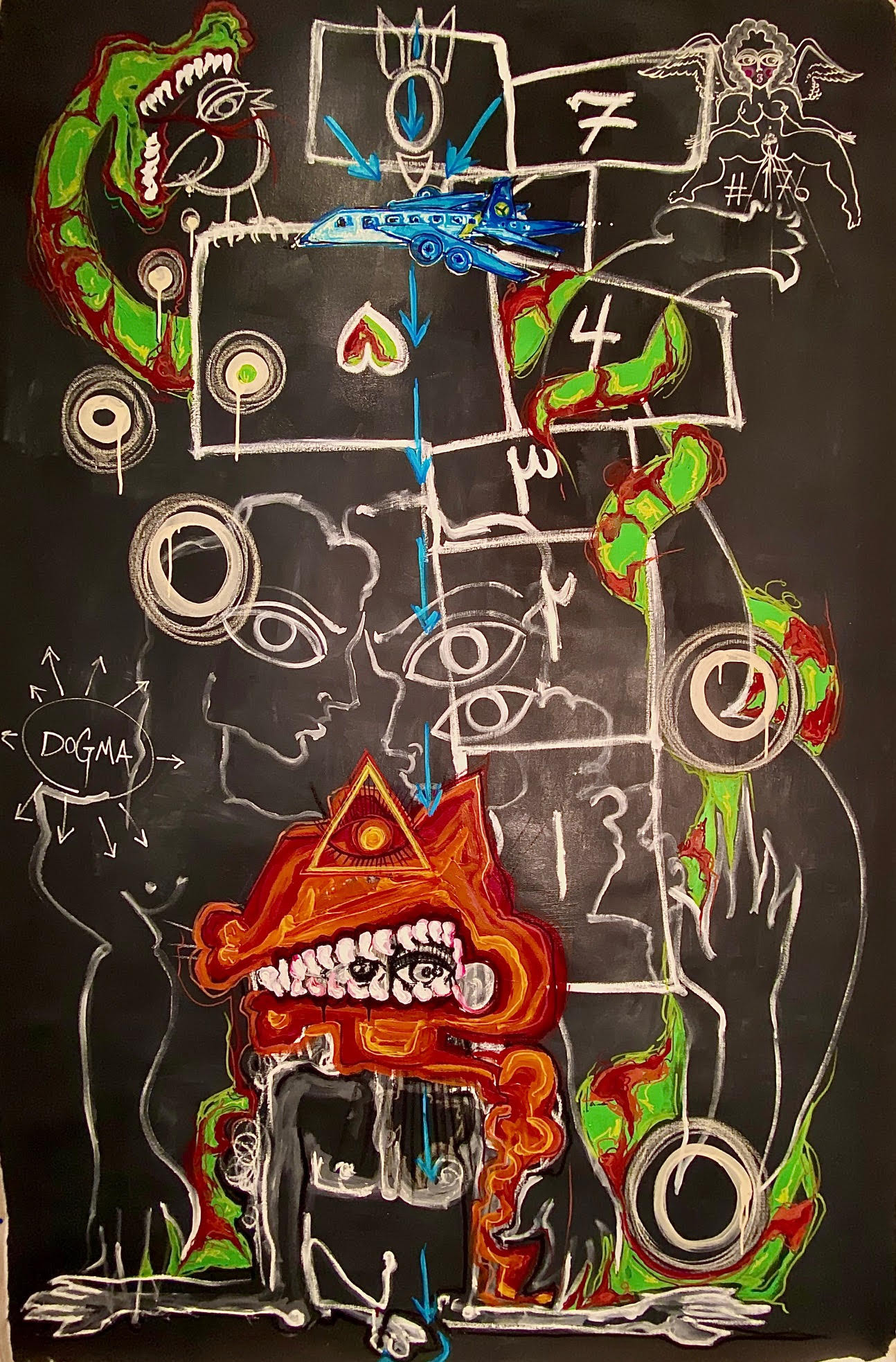 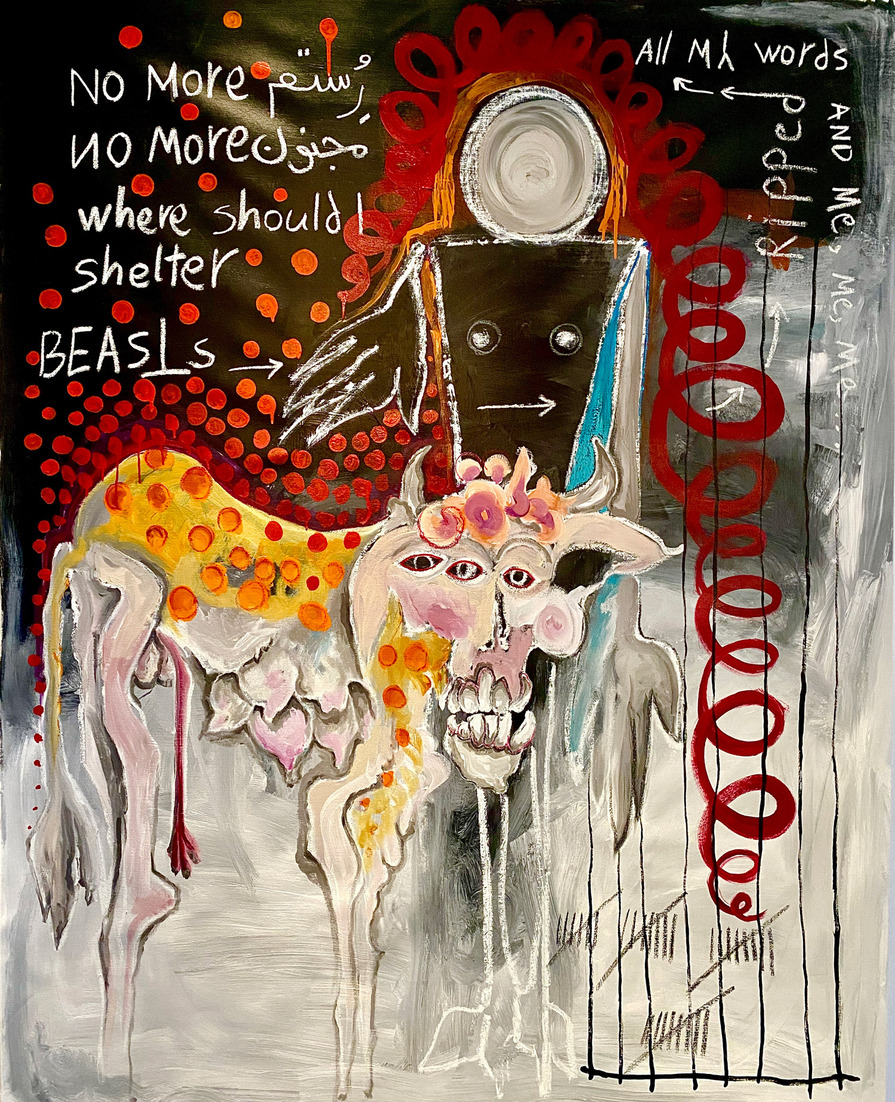 Hamzianpour & Kia is pleased to present an exhibition of new paintings by Hossein Edalatkhah. Blackboard is the debut Los Angeles solo exhibition for the Tehran born, New York based artist. Hossein Edalatkhah addresses mythmaking, nationhood, politics, history, and shared social memory in this new body of paintings. Blackboard takes as its conceptual framework the classroom’s rectangular focal point. As a site of dissemination and contestation, both the blackboard and Edalatkhah’s paintings become a space for seemingly contradictory uses. Ultimately a hopeful symbol, they are dark surfaces which choreograph and lead the viewer through the present moment into a brighter, more hopeful future. Plunging the deepest depths of social wonders, Edalatkhah uses both imagery and language to paradoxically speak of unspoken questions. Each with a base ground of black, the paintings appear as treatises or exposés of interconnected topics – not resolved statements but tentatively related dots left for the reader to connect. The viewer reads the words on the canvas as much as they read images themselves, scanning for information and formal relations before picking up on details. Historical dates, geographic names, data points, and scrawled confessionals act as footnotes as the paintings build or unravel their arguments. As the details of the paintings are recognized and the connections emerge, so do the graphic layers of brushwork, line, and gesture come into focus. In This is not a painting (2020), a yellow outline of a cockroach materializes from its optical layers between a fuzzy-white figure and an inverted map of Iran. The line-drawn cockroach appears to the viewer in the image almost as startlingly as the kitchen floor-kind scatters when the lights are turned on in the middle of the night. A sensation of startling illumination permeates throughout Edalatkhah’s paintings, frightening realities of knowing what’s behind the dark curtain before us. Alborz-New York (911) (2020) relates Donald Trump via Donald Duck, the NYPD, and 911, all very American points of references, to the very Iranian touchstone of Mount Damavand. An omnipresent landmark outside Tehran, the 12th most prominent peak in the world is a potentially active volcano, a place of significance in Persian mythology, and the site of clandestine real estate deals between the Iranian government and unnamed landowners. While comparisons between Donald Duck and Mount Damavand as two countries’ cultural heritage could be read as critical of America’s myopic mythologies (Mount Damavand is described as having magical powers in the 10th century epic poem Shahnameh), Edalatkhah draws more on the similarities than differences between the two increasingly corrupt systems. Literature is deeply embedded in Edalatkhah’s paintings as both a shared heritage and as a way of making sense in dark, confusing times. Shahnameh is referenced again through the tragedy of Rostam and Sohrab in Spiral Hope (2020) while the great love story Layla and Majnun, a narrative poem composed by the Persian poet Nizami Ganjavi, is referenced by the white chalk figures in the background of Dogma (2020). Not limited to Persian literature, Self-Quarantine (2020) was influenced by Franz Kafka’s Metamorphosis with the painting’s title written above a self-fellating monster, equating pandemic isolation to both self-congratulatory showmanship and a feedback loop of loneliness. These new paintings are deeply rooted in stories of both belonging and alienation, of being alone together, and of waking every day for the first time, as a cockroach on its back looking into the mirror over its bed. Hossein Edalatkhah (b.1979, Tehran, Iran) combines social, political, historical, sexual, and religious themes. In his works, traditional Persian symbols, materials, and figures, often melt into each other in phallic forms, and symbolize the cultural “erection” Edalatkhah is concerned with. The phallic obsession in his works serves as a critique of the means of representation and meaning-construction of its object of criticism. His unique portrayal of queer symbols, Feminism, gender roles, and his objection to male dominance in society can be found throughout his paintings. He lives and works in New York.